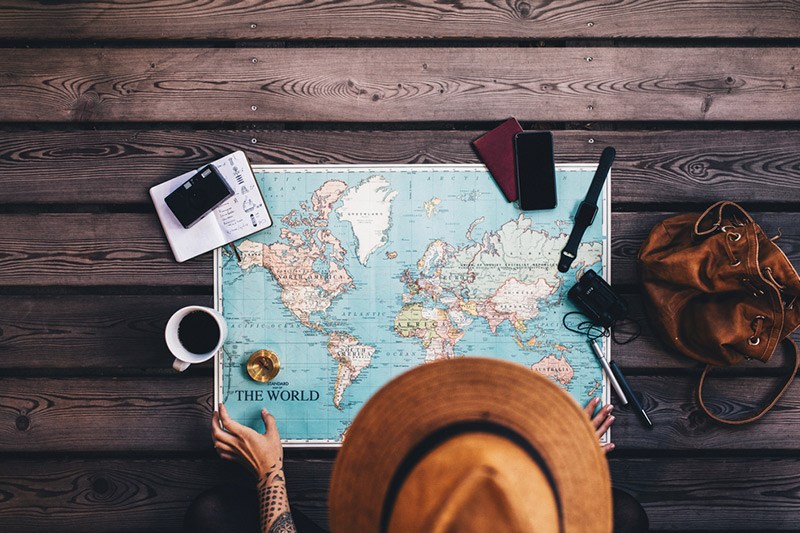 We give you The Best Nepal Travel Guide to Plan a Holiday from around the world based on our own experience with tips, practical information, what to see in the country and much more.

Nepal is a country in its most mountainous with the highest peak in the world, Mount Everest, famous in terms of tourism for its trekking through the Himalayas. In turn, the ancestral cities of Kathmandu and Bhaktapur reflect centuries of ancient history embodied in temples and squares. The local people are characterized by their kindness and solidarity.

Visas to Travel to Nepal

The visa is on arrival whether it is airlifted to Kathmandu or the border crossings of India and China. The price varies according to the duration of the visa.

It is characterized by two well-marked seasons. The dry season that goes from October to May and the rainy season that extends from June to September. March to April and October to November are the best times to visit Nepal when the weather is not rainy and the sky remains clear which allows you to appreciate the mountains in all their splendour. The months of December and January also enjoy good visibility, but in the mountains, the cold is felt with greater intensity. On the contrary, the months of May and early June, before the monsoon, are very hot and the visibility in the mountains is considerably reduced.

The official language is Nepali. However, in Kathmandu, Pokhara, Chitwan and the villages where the most frequented trekking routes pass, they defend themselves with English.

Transportation to travel in Cities of Nepal

To move between cities there is no train, there are only buses. The planes make the journey to the cities of Nepal.

There are VIP buses for tourists, with many more amenities. There are also local buses which are cheap and very basic. The seats may uncomfortable and do not have air conditioning.

It is possible to find accommodation in Nepal with an adequate quality-price ratio. Hotel Reservations through a search engine are usually may expensive. So choose the best trekking company in Nepal and they will provide you with the hotel on best price. We were invited in both Kathmandu, Pokhara, Bhaktapur and Lumbini, but you can find basic double rooms for 8 euros a night.

As for accommodation in the villages of the trekking route, it is generally free in exchange for you to eat and have breakfast in the place. Only in the villages closest to Thorong La Pass (5416 masl), they charge the double room between 200 to 500 rupees.

The Nepalese star dish is Dal Bhat, cooked rice with a soup of black lentils in the shape of a stew. It is accompanied with sautéed vegetables or some bitter sauce.

Nepalese food has a lot of Indian and Tibetan influence, due to its geographical proximity and a large number of Tibet refugees living in the country.

Nepal is the only country in the world whose national flag is not rectangular, but two triangles. These represent the Himalayas and also Hinduism and Buddhism, the two main religions of the country.

They have three calendars: the Nepali, the Newari and the Gregorian

The Nepalese calendar is used nationally. The new year is in mid-April, and they celebrated their yea. It was established following the Bikram Samwat, established by the Indian emperor Vikramaditya. It is a lunar calendar, and it starts after the new moon of the month of Chaitra.

The Newari is used, but not officially, in the valley of Kathmandu. The new year is celebrated at the end of October, although nobody could tell us with certainty what year they are.